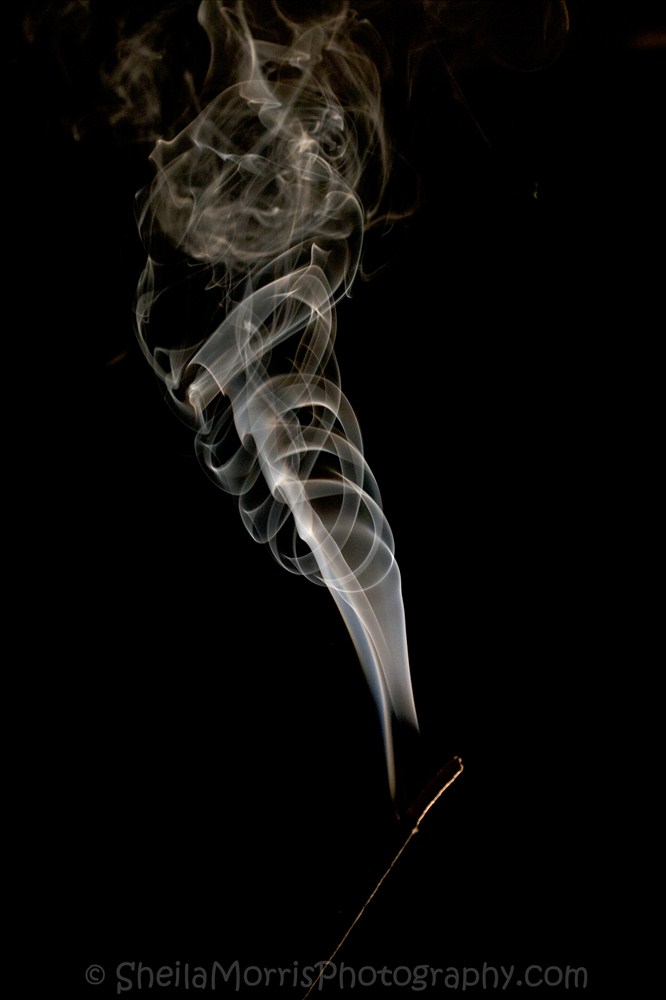 … there’s not always fire. The smoke here is from an incense stick against a black background. You see for a long time I’ve wanted to take pictures of smoke that you often see in photography magazines or on various websites, but never got round to to for various reasons. Until recently that is.
You’d think taking pictures of smoke would be easy, but it’s not. It’s unpredictable, especially if there is a slight breeze from somewhere. And it’s hard on focus on manually, because once you think you’ve got it focussed nicely it’s changed or moved slightly. It can also be frustrating at times, thinking you have a good shot only to see on the screen that its out of focus. All in all I took about 700 odd photos, with at least 100 of them deleted as they were no good. But you do get some really nice ones, like the one above, that make all the effort of the setup worthwhile.
It would be nice if I could get the smoke pin sharp. Something to keep practising though.