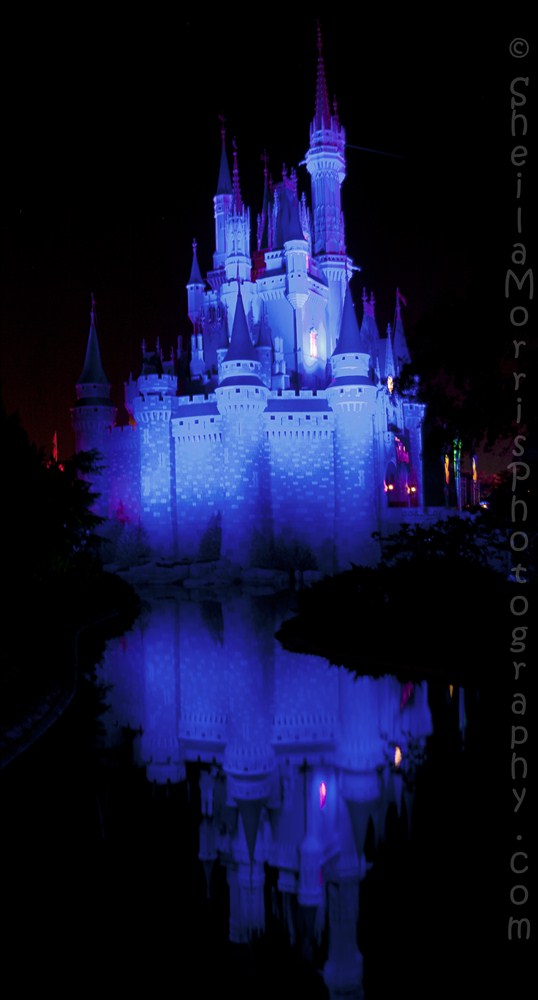 This is one of the many colours that shine on Cinderella’s castle at night in the Magic Kingdom. This is the second time I had visited Walt Disney World and one thing I wasn’t sure on was whether the park would allow tripods. After a little bit of research, I couldn’t find anything to say that they wouldn’t allow them so I thought I would try and take it in. Good news! They did allow them in, which is just as well coz it would’ve been a shame not to be able to take any night shots. The parks also have lockers available for a deposite so, if you don’t plan on going back to the hotel, you can leave your tripod in there until the evening starts to arrive.