A Winters night in the Shed 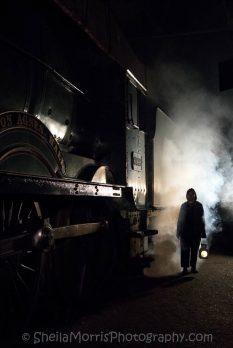 Had a fun evening at the local railway centre the other week. There was a group of photographers participating in an evening shoot with some old steam engines and actors. The actors were dressed as railway workers, posing for us photographers. None of the steam engines were “fired” up, so a smoke machine was used to simulate the steam coming out of the engines. I like this image as it gives you a sense of what it might be like round the steam engines on a cold dark winters night.